Adapting to the constant changing landscape of employee recruitment and retention is reported as a top trend in 2018. Businesses today will have to juggle four generations in the workforce, all with very different needs, wants and ambitions. The four generations are generally agreed upon to be: 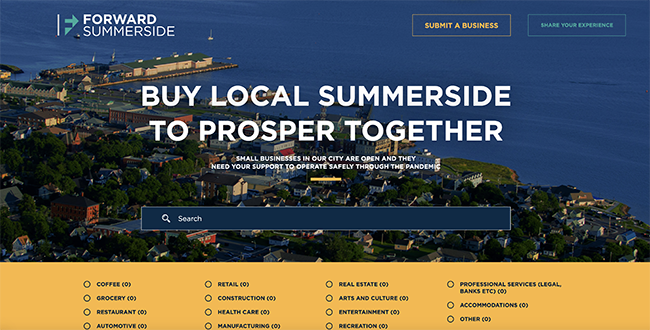 Each demographic presents interesting needs, wants and engagement which can be challenging from an employer perspective and making the transition from each cohort requires a delicate balance. In 2018, Millennials and Baby Boomers make up over 35% of the Canadian workforce and, with baby boomers postponing retirement, a cohort representing roughly 27% of the population can cause human resource challenges to ensure we engage, retain and mange the transitions of each cohort through an organization.

Some interesting characteristics of each demographic include:

Baby Boomers
Tend to be characterized as hardworking and very loyal, team players with an idealistic and optimistic mindset, driven to succeed but without the technological savvy of younger cohorts and somewhat resistant to change.

Generation X’ers
Their entry in the job market in the tumultuous 1980’s has greatly influenced their mindset, being described as somewhat cynical and pessimistic but very self-sufficient without displaying strong loyalty.  Contrary to the Baby Boomers, they are adaptable and very comfortable with technology.

Millennials
Millennials are the new upcoming workforce that are seen as the digital pioneers, innovation at the corner of their thinking, known as multi-taskers and one of the most educated generations. Some would characterize them as team players with an impatient and self-centered viewpoint. They are the generation-spanning transitions from the Baby Boomers to Gen X’ers with the first group entering a labour pool of rapid expansion in early to mid-2,000’s followed by the second cohort being hit with the global downtown downturn of the late 2,000’s which has had a profound impact on their disposition and career choices.

Gen Z
While their impact is yet to be fully felt in the labour pool, they are a generation that has embraced technology and social media from their early days. Seen as a generation defined by entrepreneurial thinking, this loyal and open-minded generation are seen as pragmatic and somewhat more skeptical than older generations.

So what does this all mean to your business and managing your most important asset? It means employee engagement of different generations requires careful attention to ensure productivity, profitability and customer satisfaction.

Some common strategies for managing the various cohorts include:


There are many valuable sources of information and tools to help companies manage this new reality of a multi-generational labour pool. Experts agree; having the conversation with your team, being aware, engaging and utilizing resources to manage the varying demands and nuances of each generation are the critical first steps to a productive and profitable company.

When someone is interested in Summerside as a business location, there are a number of considerations that should be taken into account. These include demographics, key sectors, infrastructure, major capital projects, lease rates, labour supply, incentives, professional services, amenities, and our Living Lab program.

However, business considerations are not everything.  Many of our visitors are from other parts of the country or even other parts of the world.  If someone in that situation expresses interest in moving or expanding to Summerside, personal considerations are just as important. For instance, people from Ho Chi Minh City, Hong Kong, or Beijing are accustomed to a frantic way of life which is loud, often polluted, or even unsafe. Topics such as clean air, well-kept schools, plentiful beaches, and walking the streets with impunity can be what they enjoy talking about most.

Also among these discussions are houses. These visitors can come from places so dense that the equivalent population of PEI is living on a few square kilometers. Thus, the possibility of owning a single-detached home with a driveway, yard, privacy, and maybe even an incredible view is very appealing. Also, this home can be obtained for a reasonable price.

According to the Canadian Real Estate Association (CREA), the median price for a single-detached home in PEI for 2018 Q1 was $197,000, having increased from $182,000 during 2017 Q1. Figure 1 shows comparative prices from around Canada. 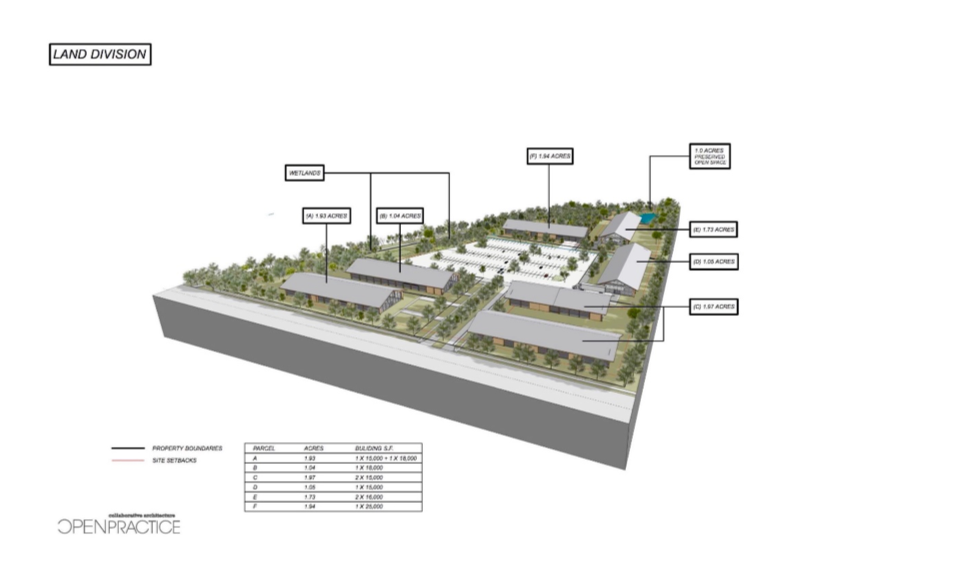 Clearly, house prices in PEI are among the lowest in the country. Toronto’s prices are particularly troubling, especially since the median household income in Toronto is $65,829 while that in PEI is $61,163 (Stats Canada 2016). Even though Toronto’s household income is 7.6% higher than PEI’s, the housing prices outpace PEI’s by a staggering 331%. Even Regina, the second-lowest-priced city in the study, has a median price of $284,000.

Drilling a bit deeper, we see in Figure 2 that Summerside makes a compelling home ownership case within PEI. 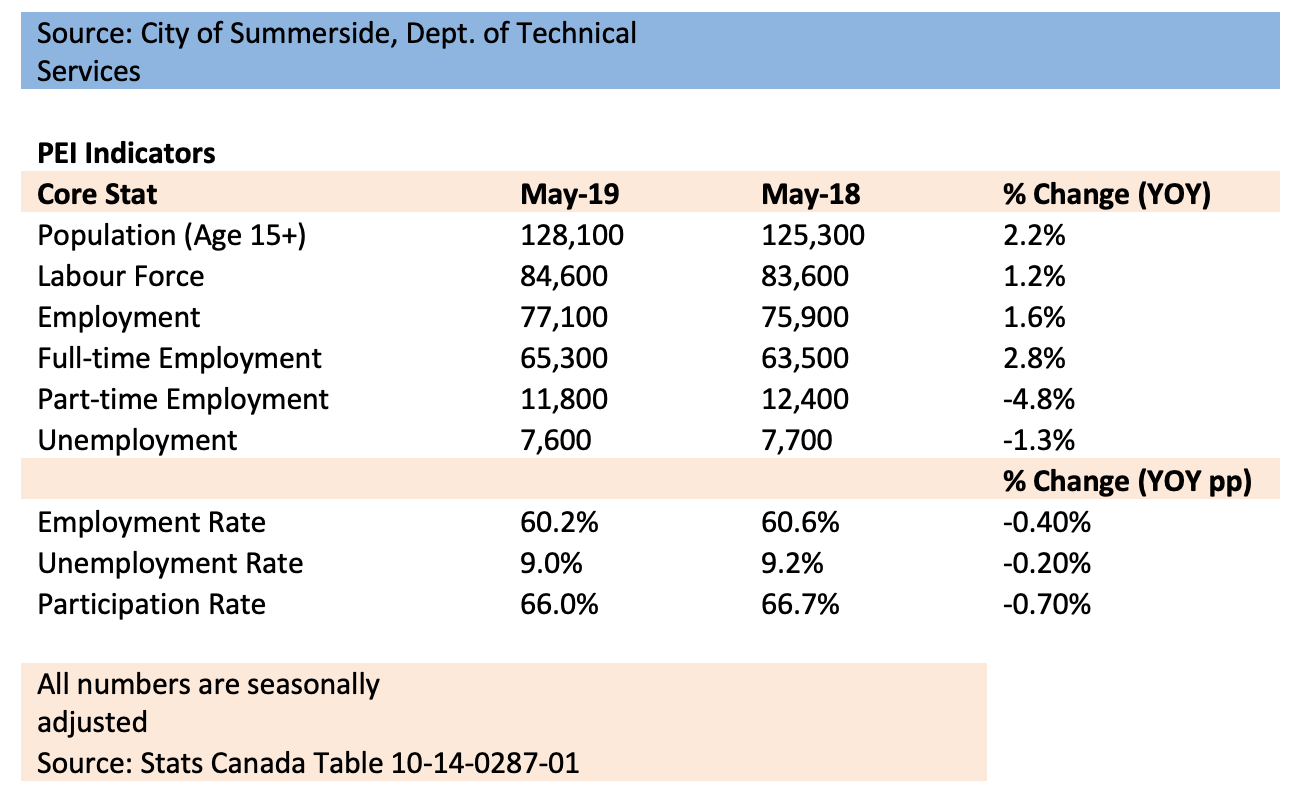 From 2017/Q1 to 2018/Q1, Summerside’s median price actually dropped. This ought to be interpreted as an outlier. Considering annual values, Summerside real estate prices have increased modestly each year for the past 30 years, with the exception of 1991, when CFB Summerside closed.

Typically, the closer you are to an urban centre, the higher the price. Certainly, that is what we see with the Capital Region, which includes Cornwall, Charlottetown, and Stratford. Current median prices there range from $250,000—$320,000. The punchline here is that Summerside is an urban area as well, yet its median price is around $100,000 less than the capital region. Thus, anybody looking to move to this area ought to be aware that Summerside houses are priced similar to those found in rural PEI. The difference, however, is that Summerside offers sensibly-priced homes close to desirable amenities such as schools, places of business, restaurants, sporting venues, grocery stores, and more.

Summerside is a ripe place for growth. Get in while the getting’s good.

Our Journey to Rotary International
It began with a spark.

In September 2017, our Mayor, Bill Martin, set out on his “Rotary Road Trip” to Southern Ontario. Basically, it consisted of him visiting nine Rotary clubs in the Toronto area. During their weekly morning meeting, he gave a presentation about investing in Summerside, with the tagline “Come Expand With Us”.

As a Rotarian himself, Mayor Martin is aware that many members are successful businesspeople. Thus, Rotary clubs make for a green pasture when it comes to creating awareness about Summerside from a business standpoint.

Armed with several facts and figures, business cards, and brochures, the Mayor made many contacts and planted the seed of Summerside in the most populous area of the country. While there, he happened to bump into the Vice-chair of Rotary International, a massive congress of Rotarians that come together each June at a major global city.

Over dinner, the Vice-chair said that attending Rotary International would be an excellent follow-up to his Road Trip efforts. It just so happened that the 2018 Congress would be held in Toronto. There would be 25,000 delegates representing 130 countries. That was all Mayor Martin needed to hear.

Summerside swiftly booked its place. Over the next several months, staff assembled the promotional materials, videos, backdrops, and everything else needed to put the booth together. We also rounded up our Summerside team, which included Bill Martin (Mayor), Mike Thususka (Economic Development), Neil Moore (Economic Development), Bruce MacDonald (Rotarian), and Tara Maddix (Chamber of Commerce).

Rotary International consisted of 5 full days of breakout sessions, guest speakers, social events, and much more. In the trade show area, there were around 1,000 booths, and Summerside was the only municipality there. The others were comprised of vendors, charitable organizations/partners, or Rotary-related groups.  It did not take long before many people sought out our table, which many referred to as “The Lobster Booth”.

Similar to the Mayor’s Road Trip in September, many people had never heard of Prince Edward Island, let alone Summerside. People approached us from the USA, India, Nigeria, South Korea, China, Denmark, Germany, and many more countries. Topics ranged from business expansion to immigration to tourism.

Conversations were brisk, productive, and fun. We had our team at the booth and walking the floor.  We gave away hundreds of promotional brochures, over 1,000 toy lobsters, and collected delegate contact information for 150 attendees. The most fruitful dialogues were with those looking to expand into North America, but not knowing where to begin. Summerside is appealing due to its low operating cost, its available labour, its advantageous time zone, and its low cost of living. Our goal in the coming months is to follow up with these people, thereby helping them and increasing Summerside’s economic wealth.

— Evermoore Brewery is in the final stages of preparing for its grand opening adding to the dynamic of downtown Summerside. — Standard Aero received a $5-million-dollar investment from the Federal and Provincial Governments to facilitate further growth with the expansion and renovation of an additional 300,000 square feet of manufacturing space; a company that currently employs over 465 people. — MDS Coatings received an investment of $3.2 million through the Atlantic Innovation Fund to fund further advancements in their manufacturing process for their specialty coatings and polishing processes designed to reduce costs associated with operating engine fan blades by reducing maintenance and fuel costs through their proprietary coatings process. — ADL Dairies continues its renovation and retrofit to their Water Street facility and preparation for increased efficiencies and production capacities, with the investment of over $350,000 in the month of June.

— ADL is investing over $1.5 million in its Read Dr facility again to further support their growth ambitions.

— On the immigration front, the Office continues to host meetings with candidates from around the globe looking at making investments in Summerside in all sectors to assist with filling gaps in the community and adding to the young entrepreneurial spirit and diversity of the community.

— On the Physician recruitment front, the Office of Economic Development continues to collaborate with the Medical Society of Summerside and assist them with their recruitment efforts and have hosted three Physician candidates on community tours of Summerside as we continue to try and attract and grow our medical compliment in the community.

— The office in partnership with Innovation PEI has hosted three International Investors looking at making substantive investments in the area in key growth markets including food processing and manufacturing.


If interested in learning more about investment opportunities, economic development support or opportunities for growth, please call our Economic Development Professionals, we would love to chat.

Alternatively, you can email us at mike@summerside.ca, it could be the most profitable email you ever send.

LET’S BUILD THE FUTURE TOGETHER!

Archived Newsletters
By using this web site you accept our use of cookies.   Accept